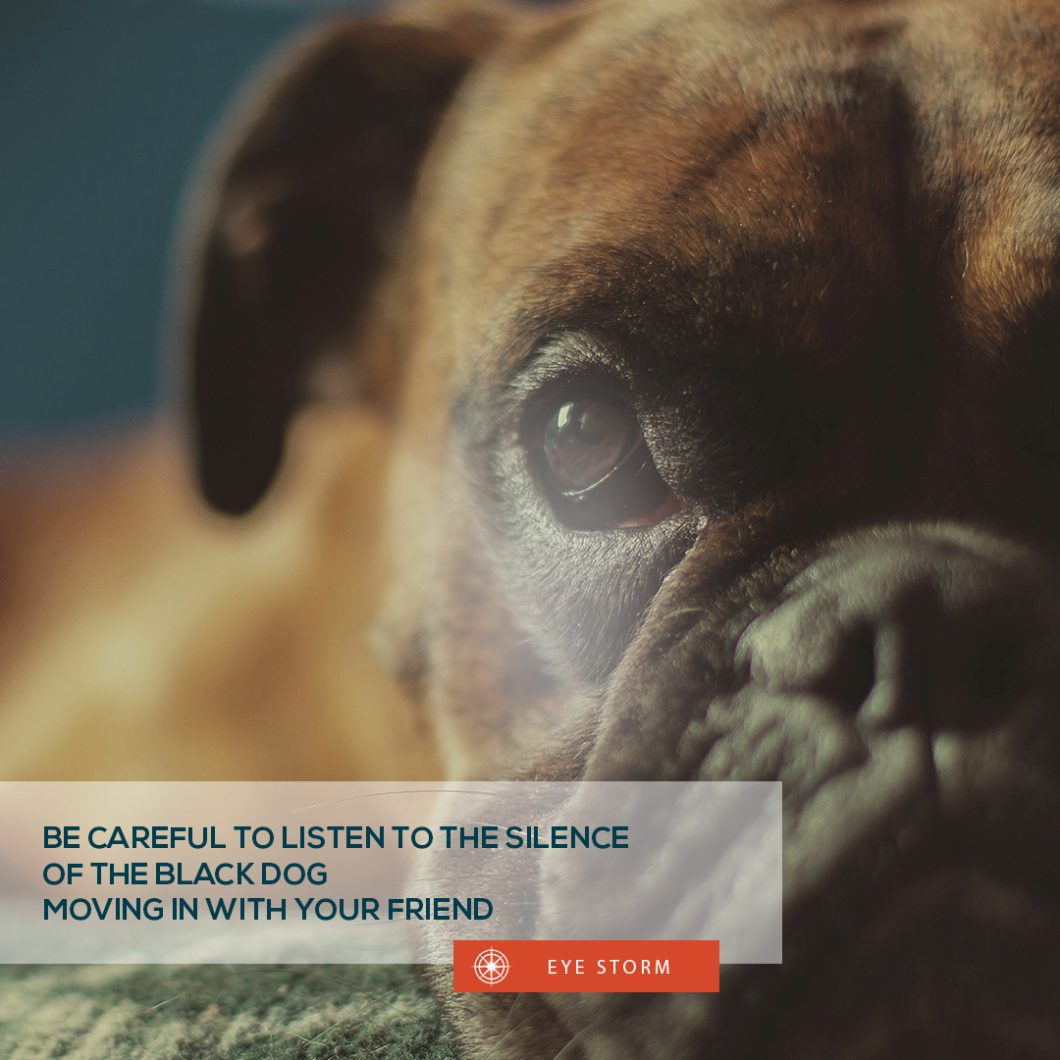 I grew up in a culture where it was taboo to talk about the state of your mental health.

You simply had to “just get on with it”. No one would have sympathy, you would just make yourself look like a fool, become an outsider, a bore – a bit of a loon even –  if you mentioned you suffered from any form of depression, anxiety or traumatic past.

And is it any wonder? When women were classed as “hysterical” and were committed to lunatic asylums as soon as they voiced any concern, and were even forced to have lobotomy when they were just a “potential embarrassment for the family” due to depression!

Fact: over 40,000 people were lobotomised in the US during the 1940-50’s, mainly women, leaving them with different degrees of disabilities and sometimes living the rest of their life as zombies.

Many war veterans with PTSD were also lobotomised.

So is there any wonder we’ve developed a culture where we don’t advertise that we’re depressed?

Most of us go through low periods in life. It might not be the black dog visiting, but a grey dog sitting on your doorstep, slightly blocking your way out. It’s ok to feel like that, usually it eases off quite soon.

But sometimes we fall below the acceptable low, or it lasts too long, and the black dog creeps in. I know how hard it is to pull out of the depths when nothing seems to give you joy or move you out of that dark space. Sometimes it feels like being crushed by the universe.

And the thing with lows and depressions is that it’s a bit like actual drowning. You won’t be splashing and screaming “Help – I’m drowning!!!” You’re most likely to go down without a sound.

When we’re low or depressed, we hide. We hibernate, we withdraw and we make out that we’re tired, busy, unwell, stressed or we just go quiet. The last thing we’re going to do is to call up a friend and say “Hey, I’m depressed, let’s go out for cocktails!”

The good thing is that with the Mental Health Awareness campaigns, it’s become more ok to talk about it, it’s ok to acknowledge that we’re low, or depressed.

But with this social acceptability comes a whole new concern.

It’s not ok to hear a young lady on YouTube say “Oh, my mental health isn’t great today, so I’m going to pull out of everything”.

It’s not ok for a child to think that your mental health is at risk when you’re just having a bit of a shit day. We need to let them know that it’s normal to feel a bit low sometimes and that tomorrow is a new day.

In their world, the result of depression is people self-harming and committing suicide. That is what they see on social media, on news and the rumours they hear at school. If you’re not feeling great, self-harm and suicide has become the solution.

We just can’t let self-harm and suicide become a normal reaction to depression and mental health issues. It’s never an option. We need to stop this happening.

I don’t want to blame social media for this, but it really is a curse and a blessing, and I just don’t know how to explain that self-harm and suicide rates among girls aged 15–19 is hitting a record high.

We all need to understand that it’s ok to have a low, without feeling embarrassed about it, that it’s normal. We all have bad days. We just need to give ourselves time, space, pace down, treat ourselves, get some fresh air, exercise and go see people – it’s ok to reach out to your friends and say “I’m feeling a bit low, can you please cheer me up.

It’s ok to set this example to younger people. It’s ok to say that you’re feeling a bit low, and explain why, if possible, that it’s ok and things will be brighter tomorrow. You’re not at any risk.

But when the black dog lies down on top of you in your bed and you just can’t get up anymore, when nothing feels worth it anymore, when the low is so low that you’re drowning in your own being, when you don’t recognise your own reactions or when your mind isn’t functioning the way it usually does, then it’s not ok to carry on.

Then it’s time to gently say the wonderful words “I need help”.

Because no words trigger a faster and more selfless reaction in people, and no one will ever think less of you. You just need help getting into a better place.

And be careful to listen to the silence of the black dog moving in with a friend.