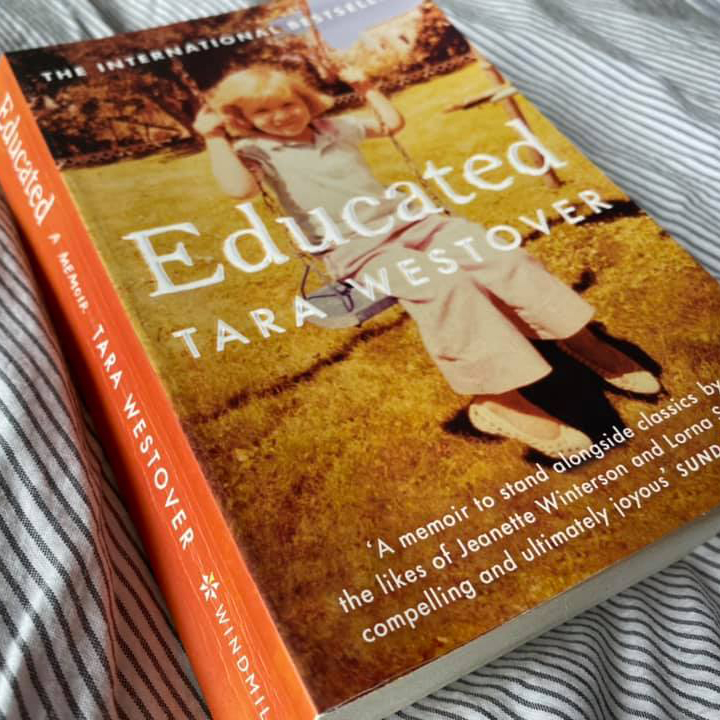 Educated – Oh my goodness what a book!

It’s the memoirs by Tara Westover, who grew up in a Mormon family in Idaho, with a psychotic father and an abusive brother.

This story is a mad journey through her upbringing, where the seven children weren’t allowed to go to school, they didn’t even have birth certificates because the father didn’t want the government to know about them.
She was put to work in the family business, cutting steel and building roof, at an early age.
Because of the absolute insanity of her father and brother, there were many accidents, but her parents didn’t believe in western medicine, so no one was allowed to go to hospital and the mother just put some ointments on their cracked sculls and did some energy healing on them.
Tara, unknowingly to her father, managed to get into college without even going to high school but her family took a firm stand against her choice.
It’s an interesting story (Published by Windmill) about how strong the grip of our upbringing can be, how hard it can be to break away from abuse because of respect for the family unit and how a girl knew somewhere deep inside that there was something better out there for her, but it meant choosing between our modern world and her family.
I couldn’t put it down!

Founder of The Vlog Academy www.vlogacademy.com and the online visibility programme for women, Eye Storm www.eyestorm.org.uk